The Cool Git: 5 Not so Well Known Tricks 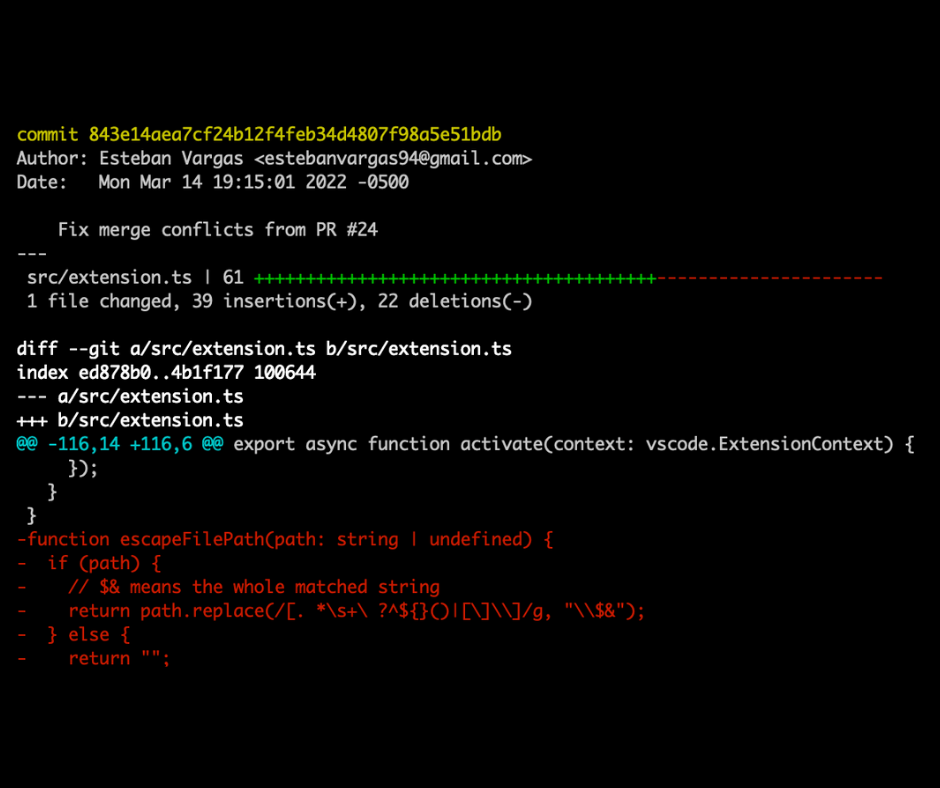 But why stop there? Git is a much more powerful software and it would be boring to only do such. Here are 5 not so well known tricks that have saved me hours in my life as a software developer.

Let’s look at the 5 tricks using Watermelon’s repo as an example.

Run this when you screwed everything and need a time machine

This is the one I use the most. A lot of times you want to go back in time to when stuff worked. Sometimes you accidentally delete stuff, or merge bad code. Reflog fixes this.

You will see the list of all things you’ve done across branches. With reset, you will be able to go back to that moment.

We are passing these flags to get a list of commit hashes and authors grouped with their respective code diffs.

When learning gitflow you are taught to branch and merge. This makes a lot of sense because you usually don’t push frequently and you accumulate a bunch of changes on the remote branch before pushing.

However, if you’re only making small changes within a short time lapse, this command will help you keep the commit history organized. Using it is pretty straightforward.

Run this when you accidentally committed changes to a wrong branch

I use git blame when I want to know who wrote changes in a range of lines of code. This allows me to later ping that person on Slack and ask very specific questions. It’s also very simple to use. Just tell the command which file and range of lines you want to get that context from.

In fact, Watermelon is a UI for git blame with superpowers. Highlight a piece of code, and within the VS Code UI we tell you who made those changes. We also give you the relevant PR comments around that snippet of code.

Go ahead and download our VS Code extension, and please star us on GitHub to give visibility to the project so that we can continue developing it.